Stefanie Lewallen with The Write Talk loves to do just that.. Write and Talk! When she is not writing she is no doubt speaking. Stefanie offers over 26+ years of professional writing services including voiceovers, commercial writing, radio, feature writing, ghost writing, PR, marketing and fundraising.  Her speaking engagements include women's groups, youth groups, speaking to writer's groups on "Writing as a Ministry", how to get started, how to edit your own work, and incorporating humor and real life to your stories.   Her articles have been seen locally and internationally in The Commercial Appeal, Delivered Magazine, The Tri-State Defender, Bartlett Express, Memphis Business Journal, and many more. If you are interested in booking Stefanie for your next event or would like to inquire about services please email Stefanie at stefielew@yahoo.com.

By clicking the samples below it will take you straight to the articles.

What began as a love for pictures and photos as a teen has now grown in to a passion for leaving a legacy of Christ for Pat Thomas of Byhalia, Ms.

Thomas started out with some photos and an old fashioned scrapbook when she was a teen. She used the “sticky” albums when she was a young married, and then when her daughter, Alicia Steele, was a teen she picked it up again to help preserve pictures of her daughter’s cheerleading activities. “When the scrapbooking craze started I really got into that part,” said Thomas who enjoyed the creative side to it. She enjoyed adding details and embellishments to her pages. She also loved getting to spend some extra time with her daughter doing it. “It was a lot of fun and something we shared.”

Thomas is now chairing Legacy Builders, a new group at Central Church whose mission is “to help chronicle and pass down to future generations their family’s spiritual legacy.” Participates will do this by means of scrapbooks(both digital and tradition),photo albums, heritage letters, online options and much more.  The group is based on Psalm 78:2-7 where God tells us to pass our faith down to future generations.

Different sessions will cover different topics and techniques, such as organization and different kinds of scrapbooking. “You don’t have to have the first supply,” said Thomas.  “People who are already working can bring their work and see what other people are doing and get ideas.”  One option is to digital scrapbook. Participates will learn about the different sites online and how to pick out paper, fonts, and embellishments. “You basically decorate entire pages on your computer screen,” explained Thomas. “You upload your pictures to the site, order the pages, and they will ship them to you.”

Thomas has a few personal projects she is working on including photo books that she is creating online for her granddaughters.  She takes the time to take pictures with them and lets them pick which pictures will make it into the book.

Thomas understands that getting started and blocking out time for scrapbooking is a problem. “Photos are sitting in a box because people don’t know how to get started,” said Thomas. Legacy Builders exists to show people how to get them out of the box while setting aside time to work on projects. The group meets every third Tuesday of every month from 9:30 AM to noon, and there will be a night meeting once a quarter that will give scrap bookers a whole day to work on their projects.  Moms will be glad to know there is free childcare in the church nursery during the morning sessions.

“Psalms 78 also talks about telling our children about our faith,” points out Thomas. “The Lord puts a lot of emphasis in scripture on remembrance. Scrapbooking is a way to do that. I want to show people how to incorporate scripture onto the pages. It becomes more than a photo book. It becomes their legacy.” 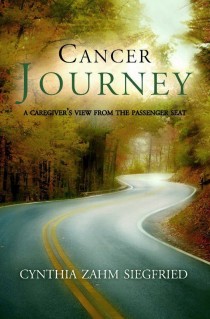 Care When They Need It Most

By Stefanie Lewallen —Confidential Care for Women Pregnancy Resource Center is a 501(c)3 non-profit crisis pregnancy center offering honest and open answers along with emotional support to any girl who is facing an unplanned pregnancy. They have two locations: the original one in Covington, Tenn., that has been in operation for 16 years, and now a satellite location in Millington, Tenn.

“We offer free pregnancy testing, limited ultrasounds, STI testing, post- abortion counseling, and abstinence education,” said Cathy Waterbury, Executive Director. “Our main goal is reaching abortion-minded women.” Confidential Care is unique in the fact that they reach out to girls to prevent unplanned pregnancies by going into the schools with abstinence curriculum. “We feel like we should try and make a difference before girls get here,” said Waterbury. They use state-approved material which is strong in solid character education and Scripture.

When Cathy first began her work at Confidential Care, her first priority was to fill out grant paperwork to become a medical center. This would give them an exciting opportunity for a grant from Focus on the Family for an ultrasound machine. In October of 2006, they received their first machine, which they placed in Covington; and in 2008 they received a second machine for the Millington office. “Ultrasound is so effective when young women are considering abortion,” said Waterbury. “National Statistics state that 75-90% of women will change their mind.”

Confidential Care is the first affiliate in the State of Tennessee that will have an ICU Mobile. ICU, which stands for Image Clear Ultrasound, is a mobile ultrasound vehicle. Sometimes crisis pregnancy centers are not always open during the same hours as abortion clinics here in Memphis, and this will give Confidential Care the equipment and power necessary to go into the community and fill the gap for woman who need to see their ultrasounds before they make a decision on what to do with their pregnancies. Besides helping the mother with her decision, if the mother decides to keep her baby, Confidential Care continues to stay by the mom’s side and with help and support with their Maternity or Parenting Points Program. This program offers biblical counseling, emotional support, and short-term material assistance. The mother can earn participation points and shop once a month in the Baby Room which contains clothes, diapers, and other baby items.

Also on the horizon is a partnership with One by One which will benefit the new moms. “We are partnering with One by One to have mentors for our girls by January 1st,” said Waterbury. One by One is a mentoring program in the city that also helps these girls on their road to becoming a parent. They are also opening their doors to host a parenting of pre-teens and teens seminar by Brian Housman on November 19th, which will focus on youth and what they are faced with in today’s culture.

Confidential Care is always in need of nurses, sonographers, nurse practitioners, and client advocates. They operate mostly by the work of dedicated volunteers. If you are interested in donating to Confidential Care, who survives solely on donations, or any volunteer opportunities, please contact Cathy Waterbury at 476-6528. The website is www.plannedchoices.com, and the donor website is www.plannedchoices.com/donor.

John “Bull” Bramlett, retired pro ball player, recalls one of his best Christmas memories ever, the one where he was able to give his son Don what he asked for as a Christmas present. Bramlett’s son Don had written a letter to his teacher explaining what he wanted for Christmas and how he got it.

“All I want for Christmas is for my family and me to have a very Merry Christmas like the other two Christmases we’ve had. My dad was out drinking and fighting three years ago, and we were all worrying about him and wondering when he would come back. While opening our presents, we were so miserable through those years. Now we have a happy and merry Christmas after he accepted Jesus in his heart and we have a lot to be thankful for. This is all I want for Christmas and I got it,” said son Don in a letter to his eighth grade teacher. The original letter Don wrote asking for his dad to be home on Christmas still hangs on Bramlett’s office wall in a pretty frame, along with numerous articles written about his pro baseball and football careers, and his grandchildren's artwork.

Bramlett’s past aggressive and violent behavior had earned him the nickname “Bull”.  He was a notorious pro baseball and football legend, known for outfighting anyone. His family life suffered greatly before he knew Jesus.

Bramlett and his wife Nancy, along with their two sons Andy and Don, went fourteen years living in a non-christian marriage and home. They battled everything from drinking to physical abuse. Nancy documents her marriage experiences in her book “Always too Soon to Quit”. It is a must read for any woman struggling with marital issues.

Nancy became a believer of Christ first at a revival and then began to work on her husband. She asked him to go to a revival with her, and to her shock he said yes. “The preacher was talking about this second coming,” recalled Bramlett. “I didn’t know anything about a first coming.” He filled out the usual visitor card, and before he knew it two layman came knocking at his door for a visit.

“I was sitting in the house drinking beer and smoking a cigar,” said Bramett. “I was thinking these Christians have come to get me.”  They told him how Jesus had changed their lives and that they were visiting because they loved him.

“I came from a poor, hard core family. I was surprised men would tell me they loved me when my own dad never really verbalized that he loved me,” said Bramlett. “Those were the first two men that ever looked me in the eyeballs and told me that.” That experience led him on the path to search the scriptures for himself, and he accepted Christ as his savior shortly after.

The “BULL” pro football player once voted the most courageous player for the Dolphins in 1976, has now become one of the most courageous evangelists of today. “BULL” isn’t afraid to take the message and transforming word of God anywhere. He speaks to schools, ball clubs, NFL teams, churches, retreats, men’s conferences and even high security prisons. He wants to make sure other families have the best Christmas present his family received years ago, the gift of Christ’s salvation.  He wants to make sure everyone is on Christ's team.

Bramlett is also the author of Taming the Bull The John “Bull” Bramlett story. His book along with his wife’s book are both available at Lifeway bookstores. To learn more about John Bramlett Ministry you can email him at thebull@Bramlett.org or call 753-6401.

The Hands of the Potter